Israel C. Wright, MSA, CFE, AAMS got his start in the financial industry in 1996 while still on active duty with the 82nd Airborne Division in the U. S. Army.  He began a tax preparation business after he found a large tax preparation company unprepared to handle his complex tax return.  Vowing to ‘put them out of business’  Israel began studying taxes.  As he learned more about taxes, he learned about investments, insurance, real estate, mortgages and business operations.  He decided then to form his tax business with the ability to provide all facets of finance.  To get a jump start on his career after the military, Israel went and earned his life insurance license on his own.

After serving ten years in the U. S. Army, Israel began with MetLife as an Account Representative in 1998.  It was there that he earned his FINRA (formerly NASD) Series 6 and 63. Ever focused on his goal of a full service tax business, that year he also earned his North Carolina Real Estate License, auto, home, long term care and Medicare supplement insurance licenses.  For his successful sales skills, Israel was awarded the Fast Start award with MetLife in 1998 for placing over 18 policies in the first 18 weeks of his appointment.

Ever pursuing education and credentials, Israel earned his AAMS designation in 1999 and his FINRA Series 7 and 66 in 2000.  Israel later accepted an opportunity with Nationwide Retirement Solutions where he provided specialty retirement consulting to public employees.  A key part of this position was to meet with, work with and continuously sell the deferred compensation (457) program to county commissioners, city council members, city mayors and other key government personnel. Israel was responsible for six municipalities, one of which was Wayne County, Michigan which had an asset base of over $500 million. His key success was developing relationships that were instrumental in stopping (and reversing) the outflows of assets after NRS underwent a model and delivery method change.

His venture of Wright Total Tax gave him the experience of business financials, managing a business and setting financial objectives.  Because of his extensive contact with people, Israel was compelled to write and publish, “Biblical Principles to Prosperity,” a book detailing the characteristics and principles to personal success. 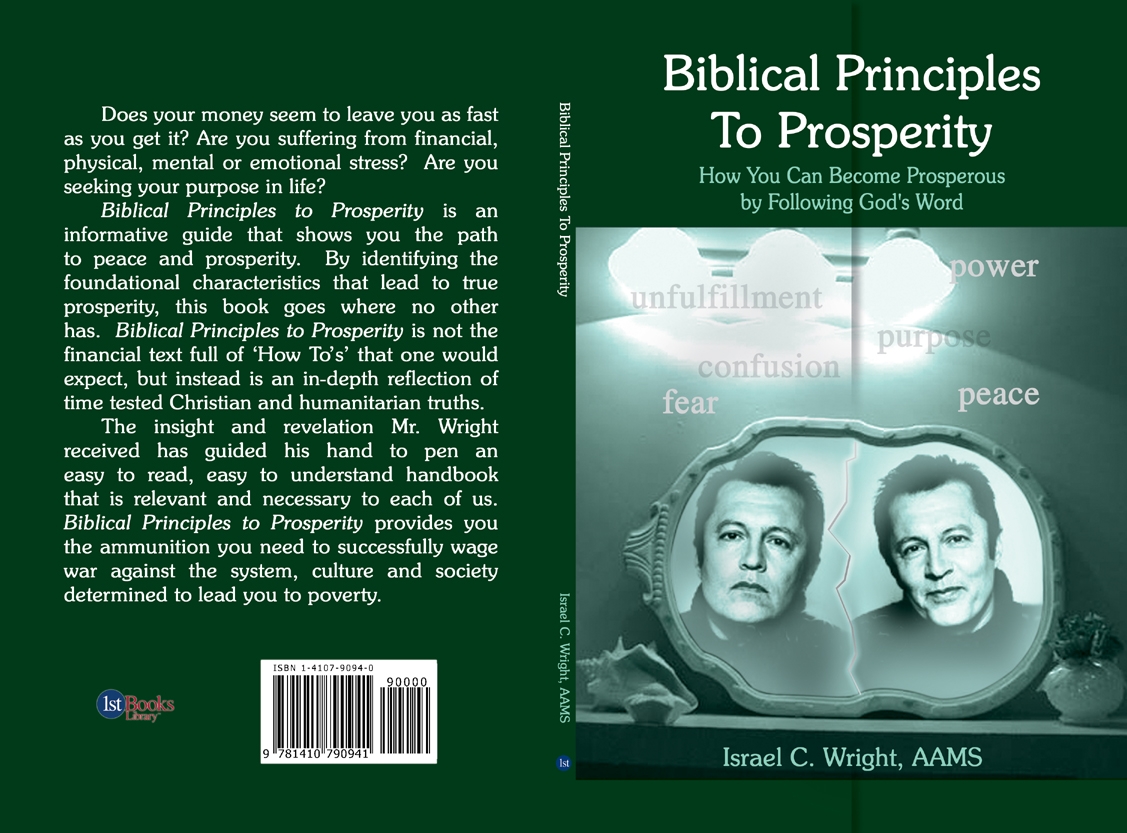 At Wright Total Tax, Inc., Israel performed as accountant, tax consultant and preparer, business consultant, financial coach, auditor, insurance agent, stockbroker, mortgage broker and financial educator.  He has written business plans, financial plans, and debt elimination plans. He has repaired and created business financial systems and prepared financial statements. He has prepared documents for mortgages and closed mortgages. He has sold all lines of insurances and reviewed credit reports. These roles and experiences have instilled confidence and an uncommon expertise Israel uses to educate individuals and businesses on the efficient and effective methods of financial operations.

Israel decided to leverage his knowledge and experiences to go into banking which was the last frontier and the true basis for all things financial.

In early November 2008, Israel founded “Columbus Strength and Honor Men’s Group”, a forum dedicated to improving men and directing them to their God ordained purpose.  In 2010, Israel earned his Certified Fraud Examiner designation to position himself as a fraud expert for business financials and operations.  Most recently, Israel completed his Master’s Degree of Science in Accounting.  Always looking to learn more to better serve his clients, Israel is currently studying to sit for the Enrolled Agent exam.

Israel’s expansive training and experiences in all things financial have positioned him as an excellent director of Airborne Financial Group, LLC.  He is committed to proving individuals and businesses with the information, tools and processes to make their money work as hard for them as they do for it. His mission statement for himself and his team members is –